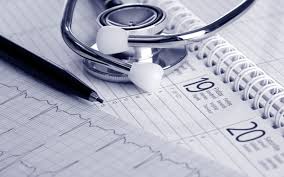 U.S. Department of Veterans Affairs Secretary Robert McDonald has made a lofty promise to Veterans: by December, they will have same-day access to primary care appointments and mental health services at the VA.

McDonald, who was hired in the wake of a scandal over appointment wait times that led to the resignation of then-VA Secretary Eric Shinseki, spearheaded a massive restructuring of the VA in 2015.

“You’ve heard many times hat VA is broken. So I’ll answer one question: Can the Department of Veterans Affairs be fixed? Can it be transformed? The answer is yes. Absolutely. Not only can it be transformed, transformation is well underway and we’re already seeing results,” he said.

The MyVA reform effort is designed to overhaul the VA’s administrative practices and improve services, including disability claims processing, health care and outreach to homeless veterans.

McDonald talked at length about improvements to the veteran experience, including changes to the VA’s website and phone number, making it a “one-stop shop for information rather than asking veterans to navigate a complicated system.”

A new mobile app, which McDonald said would be launched by the end of the year, will allow veterans to make, reschedule and cancel appointments without having to call someone or leave the house.

He also said that under the guidance of Undersecretary of Health Dr. David Shulkin, the VA is changing its approach to treating patients.