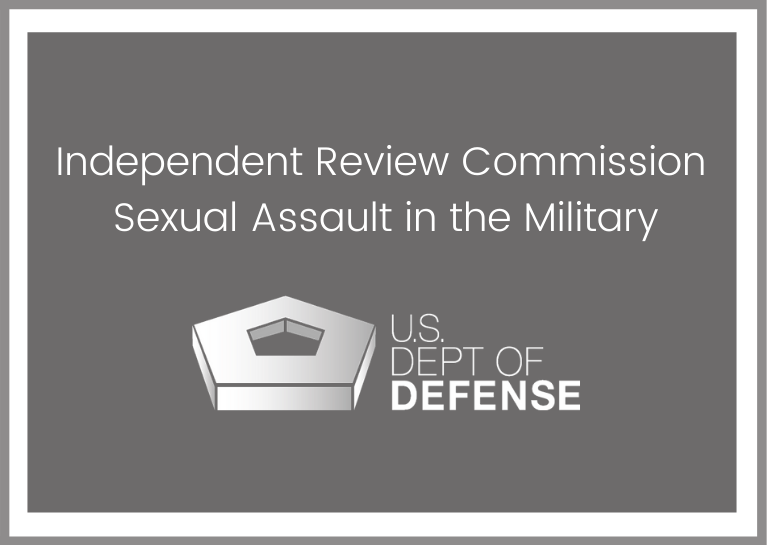 The Department of Defense is taking a hard look at sexual harassment and assault in the military. One initiative included in the multi-pronged approach is a 90-day investigation conducted by an Independent Review Commission regarding the ways in which the DoD prevents and responds to sexual assault.

While the concern surrounding sexual assault in the military isn’t new, current initiatives have been unsuccessful in their efforts to prevent it. An estimated 20,000 men and women were sexually assaulted in the U.S. military last year, which is on par with sexual assault reports in previous years.

The Commission has been tasked with using information uncovered during their investigation to generate recommendations on four priority issues related to sexual assault in the military:  accountability, prevention, climate and culture, care and support.

The IRC is comprised of a Chair and twelve subject matter experts, including current and retired military members. Their goal is to provide a holistic view of sexual assault and sexual harassment in the military as well as the government’s response to it.

Currently, the Commission is seeking feedback about the services provided by a Sexual Assault Response Coordinator, victim advocate or other staff member. Their multi-stakeholder, cross-disciplinary approach involves discussion groups at military installations around the world as well as an anonymous feedback submission form online.

Initial recommendations were made at the beginning of May, and the Commission continues to gather information and follow additional lines of effort. Official recommendations are expected to be presented to the Department of Defense in late June.

To make a first time report of sexual assault in the military, contact the DoD’s Safe Helpline via online chat, phone, or the Safe Helpline app.