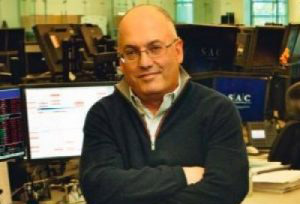 Steven A. Cohen Military Family Clinics treat veterans and their families for a variety of mental health issues, including post-traumatic stress, depression, anxiety, adjustment issues, anger and other concerns. The founder, hedge fund billionaire Steven Cohen, now plans to expand the Cohen Veterans Network (CVN) from 10 mental health clinics to 25 by 2020 for veterans and their family members.

“We’ve got a two-path approach — take care of today’s problems now and look for better answers in the future,” he said in brief remarks at the opening of the 3rd annual Cohen Veterans Care Summit at the Ronald Reagan Building and International Trade Center near the White House.

His clinics have treated 8,000 veterans and family members thus far, and “they tell us we’re making their lives better,” he said.

“Sadly, we’re now facing an epidemic of veterans suicides. We have to stop it in its tracks,” he added. “I want to do something about this.”

Cohen, who reportedly has an estimated net worth of $14 billion, founded CVN in 2015, two years after his firm, SAC Capital Advisors, agreed to pay $1.8 billion in fines and civil penalties to resolve a criminal indictment for insider trading.

It was the largest fine in history for insider trading, according to Preet Bharara, who was then U.S. Attorney for the Southern District of New York.

Cohen, who pledged $275 million of his own funds to found CVN, has assembled an impressive board of directors, which includes retired Adm. Mike Mullen and former Sen. Joseph Lieberman.

The Cohen Network and Cohen’s own spokesman insist they’re not trying to privatize the VA and their only goal is helping veterans. “No single private person in this country has ever donated more money to save veterans’ lives and treat their mental health needs than Steve Cohen has,” Cohen’s spokesman, Mark Herr, said.

Last year, Cohen set out to persuade Congress and the Trump administration to reimburse his clinics for veterans treated there.

From the beginning, the Cohen clinics were advertised as free to patients, but the plan was always to start seeking reimbursement for their treatment from insurance reimbursements, local philanthropy and government grants, according to information posted on the Cohen Network’s website.

Manes and Reins: A Gold Star Sister’s Journey to Healing