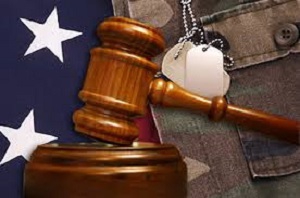 Many of our veterans return home with substance abuse and psychological health problems, which often go untreated. Sadly, these challenges can sometimes lead to criminal or other destructive behaviors. Special Veterans Treatment Courts seek to treat veterans suffering from substance abuse and/or mental health disorders.

A number of states have taken steps to promote Veterans Treatment Courts or veterans assistance within the state court system.

And now, the Justice Department has announced plans to award more than $4 million to 13 state and local jurisdictions to develop their own programs. This year’s grants will go to court systems in Kansas, Louisiana, Minnesota, Florida, Montana, Virginia, Missouri, California, Texas, Wisconsin and Pennsylvania.

The system has proven so successful that the VA has mandated that every VA medical center have a veterans justice outreach specialist who provides legal assistance to veterans and supports veterans treatment courts in their region.

“And all too often, that substance abuse begins with opioids prescribed by DoD or VA doctors for service-related conditions,” McDonald said. “All of these things are preventable.”

VA’s suicide hotline in disarray, ex-director says This Is The Future Of The Air Force Reserve Scroll to top
Follow a manual added link