Military Blog
You are here: Home1 / What Does the Fourth of July Mean to You? 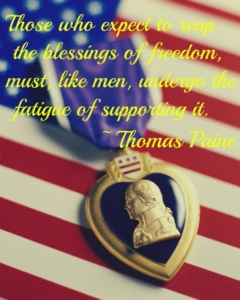 What Does July 4th Mean To You?

July 4th. Fourth of July. Independence Day. It is a day filled with cookouts and fireworks and merchandise sales – but what does it really mean?

On July 4, 1776, the founding fathers of this country voted to declare independence for the 13 colonies from England. This decision – and the subsequent signing of the Declaration of Independence – was the first step on a long road that led to the creation of the United States of America.

242 years later, Independence Day brings us a reason to gather and celebrate. The day brings us fantastic sales (some of them are just for military personnel and veterans), parties, fireworks and festive gatherings. Stores sell us clothes and shoes emblazoned with images of our flag, and we wear them happily – but rarely do we think about the many sacrifices that were made to form this country, and the sacrifices that are made every day by our military servicemen and women and their families to continue to protect it.

To provide a military perspective, we asked our own Alan Rohlfing, Lieutenant Colonel, USA Retired, what today means to him:

“To me, Independence Day all about honoring sacrifice. The sacrifice of so many that served before me, in so many conflicts. The sacrifice our families make serving at home while their loved ones are deployed. The premature sacrifices of those who’ve paid the ultimate price and the sacrifice of the Gold Star Families they leave behind.

In honoring the sacrifice, I feel an incredible sense of gratitude for having been able to serve my country and state, and that gratitude resonates deep within me every time I see the flag of these United States and hear our National Anthem”.

“We hold these truths to be self-evident, that all men are created equal, that they are endowed by their Creator with certain unalienable Rights, that among these are Life, Liberty and the pursuit of Happiness. — That to secure these rights, Governments are instituted among Men, deriving their just powers from the consent of the governed, — That whenever any Form of Government becomes destructive of these ends, it is the Right of the People to alter or to abolish it, and to institute new Government, laying its foundation on such principles and organizing its powers in such form, as to them shall seem most likely to effect their Safety and Happiness.”