Military Blog
You are here: Home / Former Marine Continues to Serve, Despite Amputation 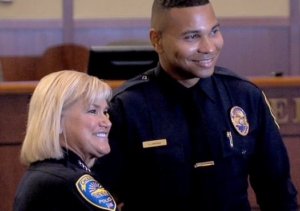