Military Blog
You are here: Home1 / Errors in Housing Payments for Some GI Bill Students 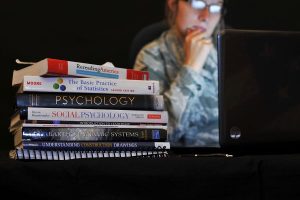 Errors in Housing Payments for Some GI Bill Students

Some 340,000 students using the education benefit of the GI Bill were shorted in their Basic Allowance for Housing (BAH) in the month of August.

The new version of the GI Bill states that the amount students receive for their housing allowance each month should be based on where they take the most classes. The old version of the bill calculated that amount based on the location of the school’s main campus.

Either way, the calculations are equivalent to what an E-5 active-duty personnel with dependents would receive, and due to a technology issue, the VA was delayed in implementing the change.

A VA spokesperson said that the department is still working on the remaining technology updates and was in the process of preparing to notify students about the impact to their payments.

So when the fall semester started, student veterans received their BAH based on the previous system and the previous calendar year.

“Many of the benefits that (the Forever GI Bill) ensures have already been implemented; however it’s troubling to me that VA still has not yet finalized the IT systems needed to fully implement the law, despite having a year to do so,” said Rep. Phil Roe, chairman of the House Committee on Veterans Affairs, whose Subcommittee on Economic Opportunity has held two hearings on the implementation of the bill.

Fifteen veterans groups penned a letter to VA Secretary Robert Wilkie charging the VA of not being upfront about the problems, calling it “an organizational and customer service failure at the highest level.”

“It took several weeks into the current semester before any communication was sent to students, and schools have received little information beyond, ‘wait and see,’” their letter reads. “Transparency on what to expect and when to expect it, from all levels of leadership at VA, is critical to helping students and schools make informed decisions.”