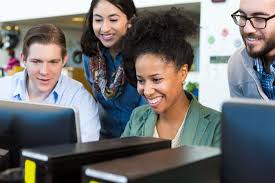 We reported a few weeks ago in GI Benefits in Limbo that GI Bill housing and tuition payments have been delayed as a result of the Harry W. Colmery Veterans Education Assistance Act of 2017. The sections of the law, which were implemented in 2017, required a complete overhaul and upgrade of the Veterans Benefits Administration technology infrastructure. While those upgrades were to be completed by this previous August, as of November, the majority of the upgrades had yet to be made and therefore payments were delayed across the country.
Fortunately for GI Bill recipients, the VBA has made progress and was able to update the thousands of students who have been waiting on payments.
Effective last week, the VBA had put in place a plan to be able to process the Spring 2020 semester by December 2019. This includes addition staffing and support as well as the solicitation of contractor bits.
While this is something to look forward to for many students, the VBA is also making adjustments to assist the students with immediate needs. The month housing allowance rates will be set to the Department of Defence Basic Housing Allowance rates. In many cases, this rate is equal to or higher than the payments that have been received previously. Additionally, the VBA will be correcting the underpayments retroactively.
Even better news for those who happened to be fortunate enough to have received an overpayment this year, the VBA will not be collecting those overpayments. Housing payments will be paid out according to the location of the academic institution’s main campus and will be independent of the student’s actual physical address.
All of these changes will come to a close on December 1, 2019. It is expected that VBA will have developed and implemented a satisfactory IT solution for sections 107 and 501 of the “Forever GI Bill” law. Many of the changes are an attempt to make the process easier for all participants. Changes such as more easily defining training sites as school campuses when will reduce burden and work for both students and schools. VBA is expected to remain in constant contact with Veterans, service organizations and Congress on the status of the implementations and expectations throughout the process. The call for increased communication  is in response to claim levels being triple that of normal in September of this year. While VBA claims levels are back to normal, they are encouraging schools and students to get Spring submissions in early to ensure timely payment.
Secretary Wilkie said “Redesigning the way VBA calculates Post 9/11 GI Bill housing rates during a busy academic season was like flying a plane while building it, and that was unfair and frustrated to Veterans and taxpayers. That’s why we are resetting our implementation of the law for the next year to ensure we get the technology and formula right to put Veterans first. In the meantime, beneficiaries receiving Post 9/11 GI Bill housing allowances will be paid at the DoD BAH rate, which in many cases will be equal to or higher than their current payment.”
Some other important details to remember:

Aging Gracefully in the VA: Collecting Disability Benefits in Your Golden Y... Scroll to top
Follow a manual added link