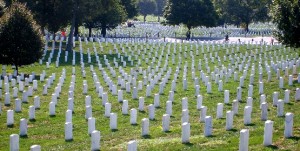 After a helicopter crash killed Staff Sgt. Thomas Florich and 10 other soldiers and Marines in March, his family had a simple wish- they wanted Florich buried at Arlington National Cemetery.

Initially, the request was denied due to his duty status at the time of the crash. The U.S. Army soldier from the Louisiana National Guard was not on active duty at the time of his death.

But the effort to bury Florich at Arlington didn’t end there. His father, Stephen, called the decision an insult, and said he planned to appeal. At least one of the active-duty Marines who were killed alongside Florich was buried at Arlington.

Florich was the flight mechanic aboard the Army UH-60 Blackhawk helicopter when it crashed March 11 in the Gulf of Mexico off the Florida panhandle about 50 miles east of Pensacola. The area was under a fog advisory at the time.

The Pentagon just announced that Army Secretary John McHugh had overturned the decision by granting an exception to policy. The sad truth is that the amount of free space in Arlington is getting extremely limited. The cemetery will eventually be closed to new burials.