Military Blog
You are here: Home1 / Debate Renewed Over Privatization of Commissaries 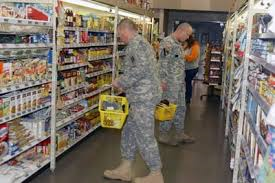