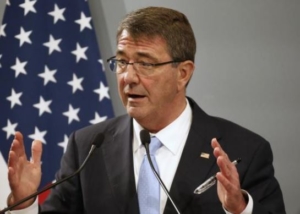 Secretary of Defense Ash Carter is poised to drive innovation forward for the Pentagon, which includes the creation of a new chief innovation officer position.

Referring to companies such as IBM, Intel and Google, Carter said, “Many different organizations have recently embraced this position, and also started to regularly run these kinds of innovation tournaments and competitions…and it’s time we did as well, to help incentivize our people to come up with innovative ideas and approaches.”

In addition to the creation of that spot, Carter said the Pentagon will launch targeted recruiting initiatives to increase recruitment of computer scientists and software engineers.

“We’ll do this through targeted recruiting initiatives ranging from our Reserve Officer Training Corps to our civilian Scholarship For Service program that’s intended to help build the next generation of DoD science and technology leaders, with the goal of making computer science a core competency of the Department of Defense,” Carter said.

Carter also feels that the Pentagon needs to do a better job recruiting on college campuses.

Carter has placed a great deal of emphasis on innovation. The department is going to invest broadly in machine learning, including the creation of a “virtual center of excellence” that Carter said “establishes stretch goals and incentivizes academy and commercial technology companies [that] have been making significant strides.”

“Going forward, I’m confident that the logic behind everything I’m talking about today will be self-evident to future defense secretaries, as will the value of these efforts — but they also need to have the momentum and institutional foundation to keep going under their own steam and continue to thrive,” he said. “We must ensure they can keep leading the way and keep disrupting, challenging and inspiring the rest of the Defense Department to change for the better.”