Military Blog
You are here: Home1 / Can This Be True? Was Russian General Responsible for Ordering Downing... 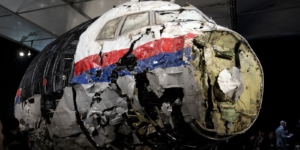