Military Blog
You are here: Home1 / The Basics of Military Sexual Trauma 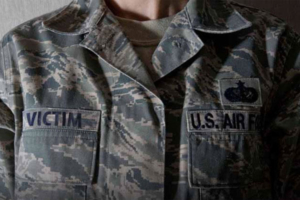 Since the allegations of sexual assault in Hollywood have come to light, those events have spurred conversations regarding the pervasiveness of Military Sexual Trauma (MST).

But what exactly is and isn’t MST?

The term refers to the entire spectrum of incidents from sexual harassment (repeated, unsolicited verbal or physical contact of a sexual nature which is threatening in character) through actual sexual assault and rape. It also includes unwanted sexual touching or grabbing, threatening, offensive remarks about your body or your sexual activities, and threatening and unwelcome sexual advances.

Physical force may not necessarily have been used, but coercion, threats or the pressure of negative consequences also qualify as MST.

It is not gender-specific, as the perpetrator and the victim can be of any gender: male, female, or transgendered.

Current figures provided on VA’s website are that 25 percent of women and one percent of men seen by VA healthcare report an MST history, numbers that are more than likely deflated due to under-reporting.

It’s important to know that MST can occur on base or off base, during times of war or peace, while on duty or off duty. Perpetrators can be superiors or subordinates in the chain of command, or even civilians.

Even more important to remember is that MST is something that happened to you, it does not define you. It is not a diagnosis or a condition in and of itself.

IRRRL Facts for VeteransDo We Need To Be Prepared for War In Space? Scroll to top
Follow a manual added link