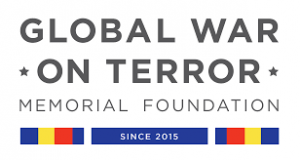 Veterans from all eras and conflicts are coming together to launch an effort to honor the 2.5 million troops who have been to the war zones since 2001. They want to give veterans of Iraq and Afghanistan a place to gather and reflect on war’s toll, and reunite with battle buddies.

The idea is to give Operation Enduring Freedom and Operation Iraqi Freedom vets a national monument that honors their service, according to Jan Scruggs.

“There would be no [Vietnam Veterans] Wall without Jan Scruggs,” former defense secretary Chuck Hagel said. “He came up with the whole concept of, first of all, honoring Vietnam veterans, and then had the courage . . . to make it happen.”

Scruggs believes it will take between seven and 12 years to establish the memorial — from working with legislative allies to developing an architecture plan.

Scruggs and other military leaders have begun advising the newly minted nonprofit Global War on Terror Memorial Foundation. Director Andrew Brennan and his team of 11 board members (eight of them OEF/OIF veterans) have the singular mission of creating this memorial.

“We are global war on terror veterans ourselves, and we’re not a big, national nonprofit, we don’t have our hands in any other movement, we just want to do this one, worthwhile thing for this cause,” said Brennan, who deployed to Afghanistan in 2010.

Scruggs said the initiative will have some “recognizable names” within military leadership also backing it.

“I think that those who’ve served in Afghanistan and Iraq should know there’s a lot of us ready to work on this, and we’re going to get it done,” Scruggs said.