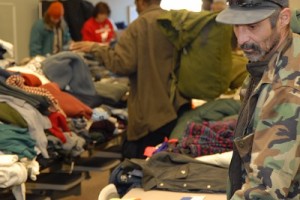 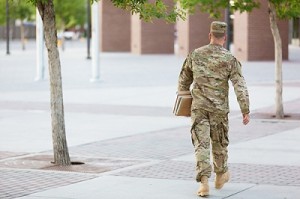 On Thursday August 28, 2014, the U.S. Department of Veterans Affairs (VA) announced the launch of an upgraded version of the GI Bill® Comparison Tool.

Since its initial release in February if this year, the GI Bill Comparison Tool has been making it easier for Veterans, service members, and military dependents to estimate their GI Bill education benefits and learn more about their prospective school. The tool has provided key information about the school and its tuition prices, as well as data on graduation&amp, borrowing rates for individual colleges and universities. The information provided by the GI Bill Comparison Tool helps Veterans choose the best education program to meet their needs and available benefit.

The VA estimates that over the past 6 months nearly 350,000 people have utilized the tool on VA’s GI Bill website.

The upgraded version of the GI Bill Comparison Tool provides the same wealth of information, but with added data. Along with the information already provided by the original tool, the new version is equipped with a more comprehensive benefits calculator.

The new GI Bill Comparison Tool now offers Veterans the ability to click on an option that says, “How much am I going to get?” after typing in their eligibility information and the name of their school of interest. This new option offers a complete breakdown of cost. It shows how much your education benefit will pay you per month (specific to the school’s zip code), how much book stipend a student can expect to receive, and the total of what is “paid to you” for the year.

The new option goes even further by calculating the school’s tuition &amp, fees cost and comparing the cost against your benefit, ultimately providing Veterans with the “out of pocket cost” that they would have to pay, if they attended the school with their benefit.

The Post-9/11 GI Bill will pay the entire tuition cost of a state school’s in-state tuition, or up to $20,235. Once that tuition cost is exceeded at a private college or out-of-state school, the rest of the tuition comes out of the Veteran student’s pocket. Knowing the information that the upgraded GI Bill Comparison Tool provides could save individual Veteran college students thousands of dollars each year.